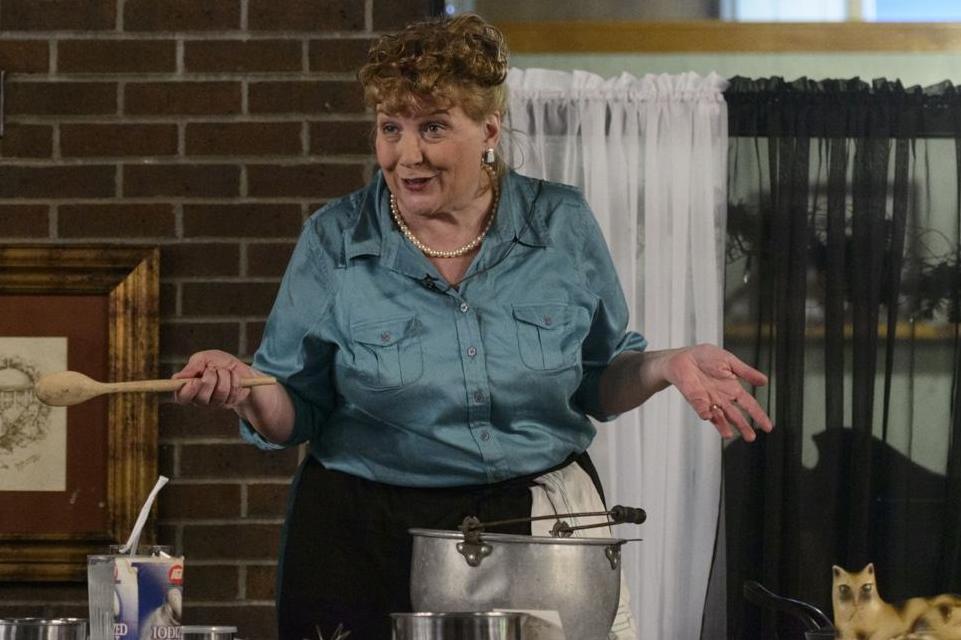 We’re “cooking up” a great Winter Chautauqua for you.

Legendary chef Julia Child is coming to Greenville to stir up our passion for food and make us laugh. How did a six-foot two, 50 year-old woman with a squeaky voice become the first educational TV star? (Her show “The French Chef” was the first public TV show to win an Emmy.)

Karen Vuranch will perform as the irrepressible chef and media personality, Julia Child, February 11 – 13, 2022. Not only will you laugh, you’ll discover a lot about the way we eat. And by the end of the show, you’ll know how to make a perfect beef bourguignon!

These shows will be free, however, registration will be required to ensure safe social distancing for these very popular Winter Chautauqua shows.  Please note that we will always have the safety of our audience foremost in mind.

Now for “the main course”

Julia Child challenged the way Americans prepared and enjoyed food!  After moving to France in the 1950’s with her diplomat husband, she became passionate about French food and immersed herself in culinary techniques and traditions. Along with two French chefs, she wrote the book Mastering the Art of French Cooking, an iconic cookbook considered a masterpiece.

She introduced French cuisine to America in 1963 with WGBH’s pioneering television series, The French Chef. (Her show was the first show on public television to win an Emmy.)

ASL interpretation will be available at the Saturday February 12 performance at 2:00 pm at Wade Hampton High School Auditorium, Greenville. Please register below.

These performances are presented free of charge in part through a project grant from the Metropolitan Arts Council which receives support from the City of Greenville, BMW Manufacturing Co, Michelin North America, Inc. SEW Eurodrive and the South Carolina Arts Commission.

And the generosity of the Friends of Greenville Chautauqua. 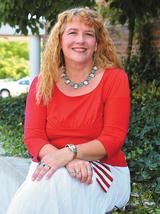 Karen Vuranch weaves together a love of history, a passion for stories and a sense of community. She has been a Chautauqua scholar, actor and storyteller for over 30 years and has toured nationally and internationally with Coal Camp Memories a storytelling drama written from oral histories she collected about a woman’s life in the coalfields. Karen teaches at Concord University, where she is the Director of the Theatre Department.

In recent years, the Food Network has captured the imagination of Americans, and the art and love of cooking has transcended from “women’s work” to a hobby and passion for both men and women. But, before there was Rachael, Emeril or Paula, a tall, gangly woman with a preposterous voice and joy of life revolutionized the art of cooking for Americans.  In the 1960’s, Julia Child brought her love of French cooking to the American public. She became an icon of gourmet cooking and, using her remarkable energy and humor, changed the way American thought about food, convincing a nation that anyone could create gourmet meals. Julia Child was truly an innovative person as she shared own enthusiasm for food and, in turn, created a national obsession with cooking.  The First Lady of Food, as she has been called, charmed the American public and the world with her joy of life and her passion for good food.

Changing America’s attitude toward food and cooking was no easy task. In the early 20th century, America was taught that food was a science, not an art, by individuals such as cookbook writer Fannie Farmer and scientist Wilber Atwater, who defined what a calorie was by scientific testing.  World wars brought the need for greater food production and agriculture began to be scientifically engineered.   New innovations such as frozen food and convenience products swept the market.  By the late 1950’s, Americans were inundated with convenience products and cookbooks like Poppy Cannon’s The Can Opener Cookbook.

This was the America Julia Child returned to after living Europe for more than a decade. While living in France, Julia found her passion for cooking and learned to love French food with all its rituals, techniques and history.  After graduating from Le Cordon Bleu cooking school, Julia joined with two French women to write a book for American audiences, one that would take the mystique out of French cooking.  Mastering the Art of French Cooking was published in America in 1961.

It is impossible to overstate the importance of this book. According to joepastry.com, a web blog on the history of food, Mastering the Art of French Cooking bridged the gap between the professional kitchen and home cook.  Prior to its publication, opportunities to learn to cook at home were limited. Julia’s book made formal French cooking understandable and achievable.  As the web blog states, “It was in a word, a watershed.” Today, Americans are passionate about the art of cooking at home and this could not have happened without Julia Child.

Of course, Julia Child’s book had another, more immediate influence.  When Paul Child retired from diplomatic service, the couple moved home to America and Julia promoted the cookbook. In 1963, appeared as a guest on a public television station in Boston. On a whim, she thought that the interview might be more interesting if she demonstrated her cooking, so she whipped up an omelet on camera.  The producers didn’t expect this, but loved the results. In 1963, she began her a television career that would span the next three decades and earn her a Peabody award (the highest award given for journalism) in 1965 and an Emmy in 1966.

Today, American cuisine is in an exciting phase.  Regional traditions, fresh and local ingredients, and creative chefs offer Americans an opportunity to enjoy New American Cuisine. There were many chefs, cooks, writers, editors and other professionals that helped to create a food revolution in America. But, no one would dispute that Julia Child was one of the most important people to influence the incredible change that has swept the nation.  Her cookbooks, television shows, and activism to bring national respect to the profession of cooking helped to influence a generation of Americans, making her one of the most important innovators of the era. Her energy and vitality changed the world with a hearty, “Bon Appétit! ”

“A party without cake is just a meeting.”

“I think every woman should have a blowtorch.”

“People who love to eat are always the best people.”

“It is hard to imagine a civilization without onions.”

“With enough butter, anything is good.”

“Find something you’re passionate about and keep tremendously interested in it.”

“Always remember: If you’re alone in the kitchen and you drop the lamb, you can always just pick it up. Who’s going to know?”

“I enjoy cooking with wine. Sometimes I even put it in the food…”

“Just speak very loudly and quickly, and state your position with utter conviction, as the French do, and you’ll have a marvelous time!”

“The only time to eat diet food is while you’re waiting for the steak to cook.

“If you’re afraid of butter, use cream.”

“It’s so beautifully arranged on the plate — you know someone’s fingers have been all over it.”

“The only real stumbling block is fear of failure. In cooking you’ve got to have a what-the-hell attitude.”

Child quoting Oscar Wilde: “everything in moderation . . . including moderation.”

* Mastering the Art of French Cooking, Volume I and II

* The Way to Cook

* Julia and Jacques Cooking at Home