Our History, Mission and Vision 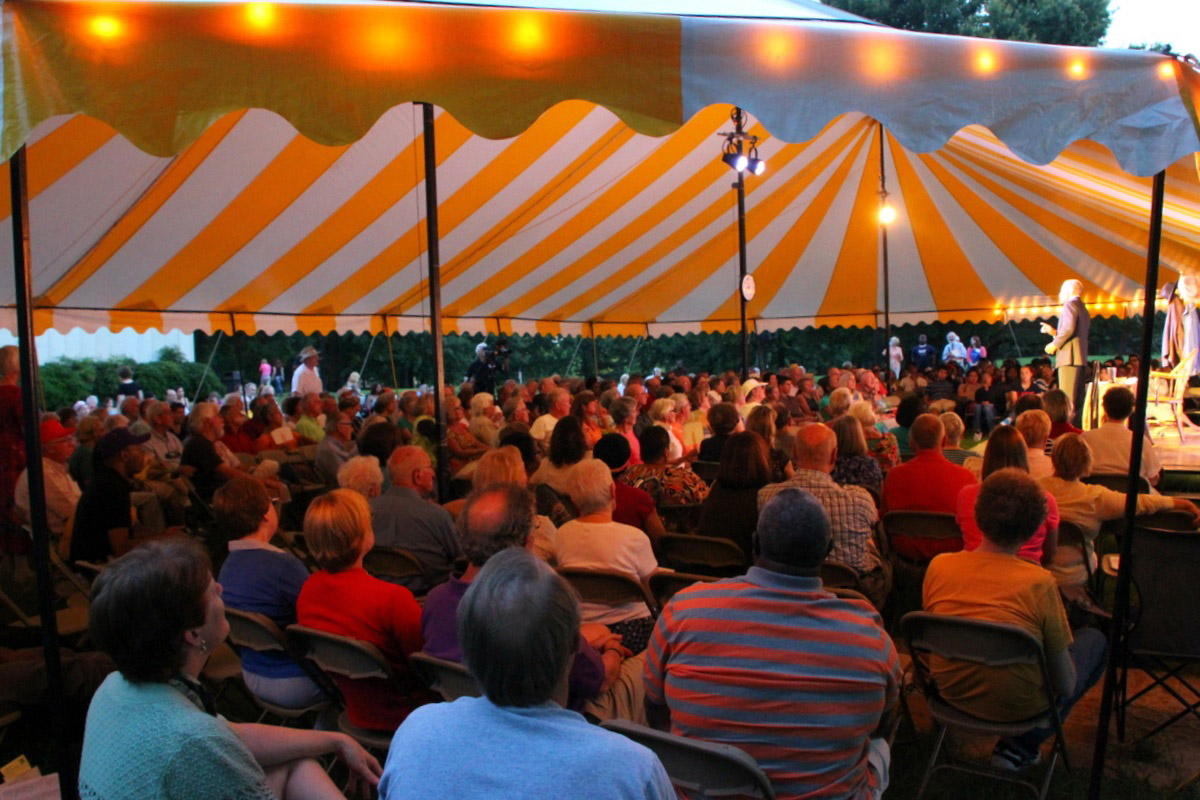 “Chautauqua” is a word like “circus.” There are many kinds of circuses: three-ring with animals, circuses without animals – or rings, flea circuses, gladiators fighting to the death and even chaos (the proverbial three-ring circus.) In general, Chautauqua refers to a place or an event where theater and the arts can educate stimulating critical thinking, while the audience is having fun.

Additional permanent cultural resorts sprung up across America and some continue today. For more info see: The Chautauqua Trail.

The Chautauqua Institute expanded in the early 1900’s to bring the Chautauqua Experience to the American people. Before radio and television, traveling cultural tent shows toured across America. The original Chautauqua was a road show of music, entertainment, and always a great speaker of the day. At their peak, Tent Chautauquas appeared in over 10,000 communities and preformed for more than 45 million people.

A Tent Chautauqua regularly came to Greenville, SC and set up its distinctive brown tents in City Park (now McPherson Park).  When the Great Depression struck the U.S. in the 1930’s, Tent Chautauqua faded away, replaced by radio and movie entertainment.

In the 1970’s Chautauqua was revived and sponsored by national and state humanities councils as a means of providing lively, interactive and authentic humanities education. Local communities began to recreate the magic of the Chautauqua tent and present historical interpreters in first person performances featuring Q&A often in outdoor settings.

Greenville Chautauqua aims to bring history to life through the use of compelling storytelling and interactive theater where discussion and audience participation stimulates critical thinking.

A brighter future through an enlightened understanding of the past.

Fun: “We like to laugh, to be challenged, to be entertained, and delighted.” – Dr. Seuss

The Power of Words

America at the Movies

Rising to the Occasion

They Came to America

The Land: What will Our Children Inherit

The American Stage: Spotlight on Ourselves

The Civil War: As Told By Those Who Were There