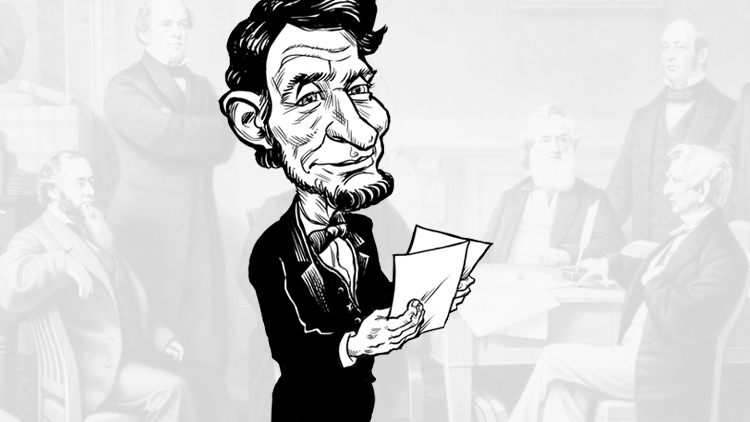 Words have power, and no American has used words with greater force or for greater good than Abraham Lincoln. Listen in as President Lincoln redefines American democracy “with malice toward none and charity for all.”

Behind a folksy facade and some great story-telling, you’ll meet a brilliant intellectual, a shrewd politician, and a literary genius. And yes, you’ll laugh a lot too. 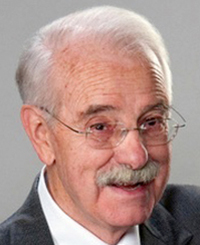 George Frein, PhD, has long studied the power of words; first, as a Philosophy major in college, next as a theologian, next as a university prof, and finally as a Chautauqua scholar. For Chautauqua he wrote Moby-Dick as Herman Melville; practiced talk therapy as Carl Jung; was an orator for American independence as John Adams; used colorful language to “give’m hell” as Harry Truman. He studied medieval architecture as Henry Adams and wrote ornithology as John James Audubon. As Dr. Seuss, he found just the right word to rhyme with cat. He addressed mortality as film director Orson Welles. Last summer George used Mark Twain’s words to prove: “You can’t trust your eyes if your imagination is out of focus.” Now George will show how Abraham Lincoln’s words continue to give the nation “a new birth of freedom.”

George is the founder and Artistic Director of Greenville Chautauqua and started performing in Chautauqua in 1984.

Lincoln’s first experience of words came, as it does for all of us, in infancy. He heard words spoken by his parents and older sister and soon began to talk himself. As a boy he went to church with the family and heard words read from the Bible, followed by sermons preached by the minister. This experience prompted him to get up on a tree stump after church and preach to neighbor children!

Lincoln said that his schooling did not add up to one year, but that he read whenever he could. For the most part, he read aloud so he could enjoy the sound of the words. One of the first books he owned and treasured was The Columbian Orator, an elocution anthology.

Lincoln did not go to law school. Instead he read law on his own: Blackstone’s four-volume Commentaries. “I didn’t understand any of it,” he said. “So I read it all again.” Much of it he read out loud to make himself concentrate on every word.

As a young lawyer, Lincoln was most effective in extemporaneous oral arguments before a jury. He knew how to talk in plain English to jurors.

He also lectured a bit as a young professional. One lecture “On Discoveries and Inventions” was given at Illinois College in Jacksonville and repeated at the Springfield Library Association. He said: ”Writing – the art of communicating thoughts of the mind, through the eye – is the great invention of the world.” I know of no other individual in this “nation of inventors,” as we like to call ourselves, who has made writing his or her choice for the world’s greatest invention; but, I think, Lincoln was exactly right to have done so.

Lincoln’s choice of writing as the great invention of the world showed that language mattered to him, words mattered. It also shaped his oratory as a practicing politician. He was a good extemporaneous speaker; but for the most part he read his political speeches from carefully written texts. He did this for two reasons. He wanted to be able to give his speeches to the press so they could be printed and read by many more people than were in his audience. That was just good politics. More importantly, Lincoln wanted his speeches to be as thoughtful and as carefully crafted as possible, and writing them out beforehand guaranteed it. That too was good politics, but it was also a sign that Lincoln wanted his words to produce the exact results he intended. He didn’t want off-the-cuff remarks to distract from his preconceived message.

Just two examples of Lincoln’s careful crafting of words will show how he made his oratory so powerful.

First, Lincoln’s word choice. Watch Lincoln make a small change in a sentence he wrote about the Civil War. He first wrote this: “This is essentially a people’s contest. On the side of the Union, it is a struggle . . . to afford all a fair chance in the race of life.” He read the sentence over, ran a line through a fair chance, and wrote above it an unfettered chance. It was the change of only one word, but unfettered is more to the point and more powerful. The war was about slavery, about fetters. Fairness is an abstract idea; fetters are concrete, physical things: fetters are chains, shackles. Slaves were put in fetters and transported for sale. In fetters one had no chance in the race for life. Fetters was the right word.

Second, Lincoln matched his careful attention to single words with an equal attention to the overall argument of an entire speech. A good example of this is his work on the speech he gave at Cooper Union in New York City in February of 1860. The great Lincoln scholar, Harold Holzer, says, it was “the speech that made Abraham Lincoln President.”

When Lincoln got the invitation to speak in New York City, he asked for and got a three-month postponement so he could adequately research his topic. He spent weeks in the new law library at the statehouse in Springfield. He read history books, law books, and the congressional record. His archival research turned up the facts about how the nation’s founders thought about the expansion of slavery. When those who framed the Constitution served in the first Congress they voted to prohibit the expansion of slavery into the territories. This was the very thing Stephen A. Douglass and the slave party claimed the founders did not intend, arguing that the Constitution did not allow for the federal regulation of slavery in the territories. To the contrary, Lincoln’s research into the voting record of those who both framed the Constitution and later voted in the first Congress showed that they understood it was their right and duty of regulate slavery in the territories.

Lincoln’s political lecture at Cooper Union began with two words, “The facts . . .” and is the most fact-laden speech ever given in any presidential campaign. As Holzer says: “He employed no researchers to check references, and no speech writers to compose drafts. Lincoln wrote all of his speeches himself, pen to paper, word by word.

After calling for federal legislation banning slavery in the territories and proving that such legislation was constitutional, Lincoln concluded his Cooper Union speech, the speech that would make him President, this way: “Let us have faith that right makes might, and in that faith, let us to the end, dare to do our duty as we understand it.”

As President, Lincoln went on to give speeches that would define the nation, speeches that would challenge us to become the people we should be. His words were as thoughtful as they were eloquent. Behind his oratorical performances there was studious preparation. And behind that was a philosophical conviction that words matter, that they have the power to remake the nation and the people. Lincoln’s words still have that kind of power.