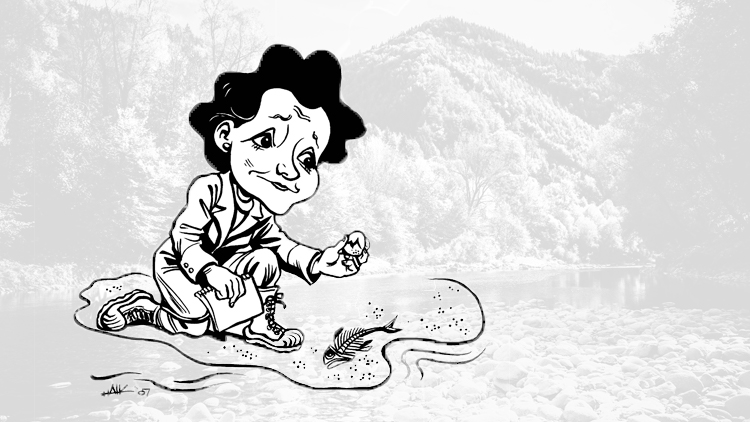 Step inside the revolutionary book, Silent Spring as its author Rachel Carson reveals the reckless destruction of our living world. Written more than 55 years ago Silent Spring inspired the Environmental Movement and has never been out of print. And now you have a chance to ask the author, Rachel Carson, how this came to be. But these aren’t just performances. They’re a chance to step into Living History – to ask questions and go one on one with the shy but fearless woman whose books shaped our country and our world. Bring your stories. Share your experiences. Get inspired. Because it’s not just history – it’s personal. 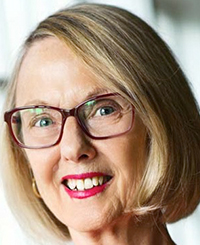 Caroline has performed as an historical interpreter since 2006. A former history teacher, theater manager and corporate presenter, she graduated Bucknell University, and holds a MA from New York University, both degrees in American Studies. She recreates the roles of three of her personal heroes – Frances Perkins, first female presidential cabinet member, Rachel Carson, author of Silent Spring and Mary Draper Ingles, SW Virginia frontierswoman captured by Shawnee Indians.  She likes to point out that one word describes all three – fearless!  McIntyre weaves the stories of these heroic women into the fabric of their historical times and inspires the audience to ask questions and thirst for more.  The Chautauqua theater experiences runs in her genes, as both her mother and father were active on the Chautauqua Circuit in the 1920’s.

1950’s America – prosperity, a booming economy and “Better Living Through Chemistry” — a world made safe by the war won by science and technology. In that war a new chemical, DDT, sprayed on troops and civilians alike – clobbered malaria and typhus, which in most wars killed more people than bullets.  Radar, airplanes, missiles and ultimately the atomic bomb brought the “evil empires” to their knees. Dr. Salk’s vaccine destroyed the dreaded polio. GI’s went to college Sputnik took us where no man had ever gone before. And American families flocked to the suburbs — where their greatest enemy was crabgrass.

But there was trouble in paradise. Dead birds appeared on golf courses and campuses. Dying fish clogged streams and lakes.  Babies were born deformed. In a new war to make the world safe from insects and weeds, the stockpile of DDT was sprayed from airplanes on farms and cities.  Seizing the opportunity, chemical companies began to brew up more powerful, more profitable pesticides. By the 60’s prosperous post-war America would be shocked to its roots to find that science and technology were not infallible and that “progress” had a price.

One woman stood poised in a unique position to reveal that “The Emperor’s New Clothes” were not what they seemed. She was a scientist and a good one, but also an internationally famous author.  Her 1952 book The Sea Around Us was on the national bestseller list for 86 straight weeks (39 in first place). Her previous book Under the Sea Wind joined it, and for a while she had two books on the bestseller list. With critical acclaim, she left her obscure civil service position to write a third bestseller ocean biography, The Edge of the Sea.  There was hardly an award she did not receive.

With a unique collaboration of right and left brain skills, she was able take dull scientific fact and translate it into lyric prose that enchanted the public. She understood the jargon of science. She simply didn’t use it. She wrote not only so the general public could comprehend, but so that they could “feel” and “wonder.” Serialized in magazines and selected for Reader’s Digest Book of the Month Club, her “science” books captured the hearts of both the literary elite and the general reader.

Rachel Carson grew up a shy girl in a rural home without indoor plumbing but surrounded by nature.  More comfortable with dogs and birds than with people, she was just 11 when her first story was published. She always knew she would be a writer. And,always, she was poor. For college, her mother sold the family china; the school loaned the rest. Graduating magna cum laude in biology in 1929 at the onset of the Depression, there were no jobs for female scientists. She earned a full graduate scholarship to John Hopkins in zoology, and eked out a living as a teaching assistant supporting her parents, an ailing sister and two nieces.

In 1935 the death of her father destroyed any hope of a doctorate. At 28 and sole support of a family of 5, she took a job with the US Bureau of Fisheries writing radio scripts about fish. One of the first two women hired by the Bureau in a professional capacity, she eventually became editor of all bureau publications. To supplement her civil servant’s salary, she turned the marine biology research she did by day into newspaper feature stories by night. For 17 years she worked in obscurity honing her skills writing government brochures explaining complex biology to the consumer.

As early as 1945 she had been aware of the devastating effects of chemical pesticides on wildlife. For a decade while over a half million tons of pesticides were sprayed on American farms, cities, suburbs and forests, she tried unsuccessfully to find someone to alert the public. Reluctantly, in 1958 she resigned to spend four years of her all too short life researching and writing, not of the beauties and wonders of nature she loved, but what she would call her “poison book’.

It was a frightening task. She would be taking on the powerful affluent chemical industry. She had no financial backing, only book royalties.  She had no university research facilities, only personal contacts. She had no computer, just thousands of hand-written 3 x 5 cards.

She was a woman alone caring for an elderly mother and an orphaned grandnephew. She physically suffered with arthritis, ulcers, periodic blindness and cancer, to which she succumbed 18 months after the publication of Silent Spring. Yet it was this lone woman who accepted the gauntlet.

Carson’s poetic expose of the indiscriminant use of pesticides was vehemently attacked by the whole chemical industry Monsanto, Velsico, American Cyanamid — and the Department of Agriculture. But the more the industry spent on discrediting Rachel Carson, the more Silent Spring was read. In an incredible new wave of American citizen outrage, the more she was attacked, the more the nation rallied to her cause.

The chemical companies poured hundreds of thousands of dollars into a marketing campaign against her, including free distribution of a parody “The Desolate Year” to the general public, and to the scientific community, a line-by-line instruction guide to answer Silent Spring. Carson jokingly asked her publisher if she could sue them for plagerism.

Silent Spring was written as airtight as a lawyer’s brief with 55 pages of notes and a list of experts who had read and approved it. When the chemical companies couldn’t fault her research, they resorted to name calling — hysterical woman, bird lover, — a communist whose extreme views and junk science threatened the health and welfare of the nation. Their attempt at personal assassination catapulted her book to stardom.

Some books when written mark the time when nothing will ever be the same again – Uncle Tom’s Cabin, Common Sense  —  and Rachel Carson’s Silent Spring. Once it was published, our planet would never be seen in the same light again.

Silent Spring is said to have been the genesis of the environmental movement. It entered the words “ecology”, “reverence for life”” and “balance of nature” into our common language. It inspired a nation to proclaim “our fundamental right to a healthy environment.”   It etched on our national consciousness the Jean Rostand words: “The obligation to endure, gives us the right to know.”

To many of us, its author was Joan of Arc, Mother Teresa and Lois Lane all rolled into one. For the young women of the 60’s, Rachel Carson was our first hero.

Silent Spring opens with an apocryphal fable, imaginary in whole, but in each small part painfully true.

“There was once a town in the heart of America where all life seemed to live in harmony with its surroundings . . . Then a strange blight crept over the area and everything began to change. Some evil spell had settled on the community . . .  No witchcraft, no enemy action had silenced the rebirth of new life in this stricken world.  The people had done it themselves.”

The reader is then led effortlessly through the complex chemistry of chlorinated hydrocarbon pesticides and the contamination of our waters, soil and food resulting in the death of birds, fish and wildlife and the bioaccumulation of chemicals in human fatty cells.  All in simply elegant prose.

Silent Spring ends not with wholesale denigration of all chemicals but with great hope for biological control and return to a balance of nature.

Written 55 years ago, Silent Spring has never gone out of print.