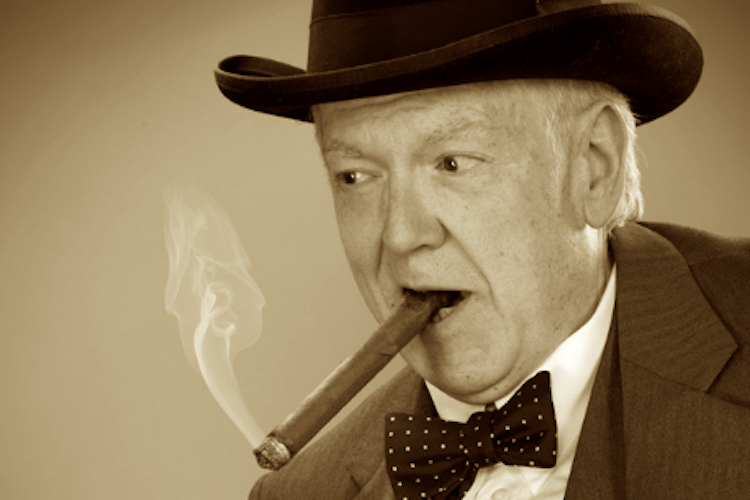 Winston Churchill, the British Bulldog, who taught us to “Never, never, never give up.”

How did Churchill rise above the personal tragedies and frustrations of his own life to rally the people of his beloved English-speaking world, when defeat seemed inescapable, to deny the oppression of Totalitarianism? 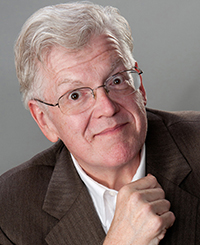 With over thirty years as a professional educator and even more as a professional magician, Larry Bounds brings his skills together from the classroom and the stage to recreate historical characters for the Chautauqua audience. His earned a BA in Theatre and a Masters in Education from The Univ. of Tennessee, and has performed in Chautauqua programs presenting Einstein, Churchill, Houdini, Disney, and others since 2002. He is a teacher of Advanced Placement and Honors English for Greenville County Schools at Wade Hampton High and has taught classes in broadcast journalism. In addition to teaching, Larry has performed since the 1970s as a professional magician appearing for eight years with Ripley’s Believe It or Not! and three years in a Kentucky theme park. He also managed magic shops in Atlanta and has taught courses in magic for two universities.

Oldest son of an English earl and American millionaire heiress, born in Blenheim Palace – the only private home in the United Kingdom officially designated as a palace, and first introduced to American society by none other than Mark Twain, Winston Churchill might not be the first person to spring to mind who would need unmatched courage to make his way successfully through life. But he did.

Churchill faced warfare with courage. As a young man, he survived rebel gunfire in Cuba, hand-to-hand combat in the Swat Valley of Afghanistan, a calvary charge against the Dervish in Sudan, and a daring, solo escape from a Boer prison camp in South Africa. In World War One he led Scottish troops in the trenches of France and fought shoulder-to-shoulder beside Lawrence of Arabia against a mob in Cairo.

“You have enemies? Good. That means you stood up for something sometime in your life.”

Churchill faced personal dangers outside of wartime with courage. As Home Secretary he stood in the streets of London during a murderous exchange of gunfire between the police and a building full of anarchists during the Siege of Sydney Street. He survived multiple assassination attempts, and he met face-to-face with the dangerous and most-wanted Irish Republican Army leader of Sinn Fein.

“Fear is a reaction. Courage is a decision.”

Churchill faced political minefields with courage. He lost his first election to Parliament but won the next one and served the people of the United Kingdom for the next 55 years. He was falsely blamed for the disastrous loss of life at the Battle of Gallipoli during the First World War, losing his cabinet post as Lord of the Admiralty, but rose again to serve as Lord of the Admiralty in the early days of the Second World War and twice as Prime Minister. He switched political parties twice only to be hailed as one of Britain’s greatest statesmen.

“Courage is going from failure to failure without losing enthusiasm.”

Churchill faced personal tragedies with courage. As his father fell from the heights of political success into a progressive madness and early death, he treated Churchill cruelly. His beautiful mother treated him with frequent absences and profound indifference. One of his daughters died in early childhood. Bouts with his personal “black dog” of depression at times seemed likely to destroy him, and a stroke nearly killed him at the apex of his career.

“Courage is rightly esteemed the first of human qualities. . . because it is the quality that guarantees all others.”

Perhaps because of his own, often proved courage – a courage to

Churchill was able to rise above all the dangers and frustrations of his own life to inspire others. He lifted the spirits of his people on the verge of destruction by the Nazi war machine following Dunkirk with his declaration:

“An iron curtain has descended across the continent.”

He inspired generations around the world with his wisdom and wit.

“In the course of my life I have often had to eat my words, and I must confess that I have always found it a wholesome diet.”