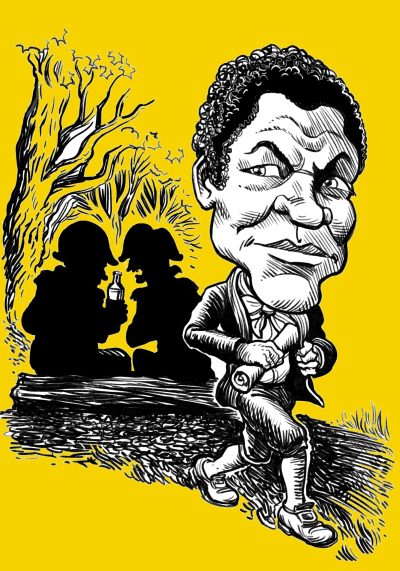 Clink here for information about joining us online.

The James Armistead Lafayette Talk is a part of the 2023 Library Talk Series celebrating a 25-year community collaboration between Greenville Chautauqua and the Greenville County Library System co-sponsoring talks about the historical figures that will appear in the June Chautauqua History Comes Alive Festival. 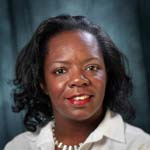 Dr. Carmen Harris is a professor of history who teaches African-American, U.S., Southern, and Latin American history. Her research and teaching interests include African-American, Southern and South Carolina history. Dr. Harris served a six-year term as a member of the Board of Directors of the South Carolina Humanities Council, and has served on the Membership Committee and Minority Committee of the Southern Historical Association. Dr. Harris has published several articles and book chapters on various subjects related to African Americans in agricultural extension programs.

October 9th 2010 was the most important day for me in my journey of portraying James Lafayette. I had not known of this man before I came to work at The Colonial Williamsburg Foundation, but had learned about him a few months before upon reading the script of The Hated Spy for the first time. Written by Dr. Jeffrey Villines for our Prelude to Victory Weekend, celebrating the Battle of Yorktown, the piece was originally conceived as a vehicle to show the representation of Blacks in the Revolutionary War effort. That Dr. Villines had found that representation in the story of an enslaved Black spy fascinated all of us involved in staging the piece. October 9th was to be our first performance for an audience. There’s an electric feeling to premiering a new piece of theatre. It’s exciting, it’s scary, it’s overwhelming; you hurl yourself into the unknown, hoping you’ve produced something meaningful…or at least, entertaining. It’s been 12 years and trying to remember all of it is nearly impossible. For one thing, my mind was completely preoccupied with not messing up! I do remember the Palace stage seating being full. I remember the cast already being proud of our work. I remember our James Lafayette actor jumping around to calm his nerves.

That’s right, I was not portraying James Lafayette.

The part was being played by my co-worker, Eddie Menzies III. I played Christopher Francis, a free Black soldier that had enlisted in the Continental Army. All I had to do was bring James, blindfolded, onto the stage, say my two lines, exit and be done with it. Despite my “cameo” part in the piece I still beamed with pride on being a part of it all. This was a Black man, enslaved, but powerful, shackled, yet proud, minimized, yet sharp, captured, yet in control. Eddie knocked it out of the park and we all knew this would not be the end of telling James’ story. The audience response was profound. It touched them deeply. Didn’t this man deserve freedom?

Despite how short the history of the United States may be when compared to the societies that came before, there is still so much we were never taught in school about our own histories. My teachers, many of whom I love and keep in contact with to this day, didn’t have the time or resources to share more stories of those Nation Builders that look like me, that were Black like me. Their teachers had probably not taught them, and their teachers had not taught them, and go back one more generation and you have teachers that were helping their students learn their history during a time of great racial upheaval-a war that would pit brother against brother in a battle for a state’s right to decide whether they could own another human being. That’s only four generations between them and us! We are not so removed from the wounds of slavery as we sometimes think we are. It is why we tell the story: To remember our connections to the past. And I say we because I was not the first or only interpreter to portray James. I continue the work of humanizing our stories because of the work of those men: Eddie Menzies, Willie Wright, Jamar Jones, Jeremy Morris. This story belongs to them, this story belongs to you, just as much as this story belongs to every American. It is a part of our identities. It encompasses so many layers of our society.

James is born enslaved and ends up fighting, unconventionally, for the cause of freedom while still in bondage. And even after serving his country he is sent back to slavery and must continue fighting for his own freedom. And though he eventually gained that freedom, under the law he is not equal. He is not even considered a citizen of Virginia, the State where he was born.  These pieces of his early life are just a small part of what he experienced. But in these layers, James shares what it means to want freedom, to ask what is family, and examine whether one can find a place to belong in a society not built for them. It’s complex, sometimes sad, often hopeful, and always insightful. Telling his story is hard, but is the most rewarding job I have ever done. It is an honor to share his voice. I am honored to share his story beside those others who have also done the same. I am honored to talk with each and every person that allows me to share James’ story. Hopefully, I help them understand their own story through his. As James often says, “Let me tell you my story.”

1748 – James is born in New Kent County, Virginia. Throughout his enslaved life he is only referred to in records as “James”.

1777 – William Armistead is made Commissary of the Public Stores in Virginia and is given accommodation for one “servant” to accompany him. Most likely this was James.

1777 – The Marquis De Lafayette arrives in America, hoping for an Army Commission. He is 19 years old.

1781 (Between March and May) – James and the Marquis De Lafayette meet and James makes his way across the British lines to spy.

1781 (circa September) – The Marquis writes to General Washington of his “Honest Friend” serving General Cornwallis. He shares that this spy has information that Cornwallis is making his way to Yorktown.

1782 – James is denied freedom by the legislature due to his service being “voluntary”.

1784 – Marquis De Lafayette returns to America and writes a letter to the legislature of James’ service during the war.

1787 – James is granted his freedom when the legislature votes to pay William Armistead “The sum of James’ worth”. He takes the last name Lafayette.

1818 – James petitions for a veteran’s pension due to hardships and is granted $60 dollars outright and $40 a year for the rest of his life.

1824 (October) – James and the Marquis are reunited in Richmond after 40 years. The Marquis stops his carriage during the middle of a parade to embrace James in the middle of the street.

1824 – James sits for the one and only verified portrait that is painted of him during his lifetime painted by John Blennerhassett Martin.

1826 – James E. Heath published Edge Hill; of the Family of the Fitzroyals in which James is depicted.

1830 – James Lafayette dies in Baltimore Maryland at the age of 82.

Quotes will be added soon.

Register for Event: James Armistead Lafayette Talk led by Carmen Harris, Ph.D. This event is a discussion not an in-character performance. Hughes Main Library or Join Us Online. FREE.