The Athens Chautauqua Society has witnessed phenomenal growth in its short history as a non-profit, community cultural organization in Athens-Clarke County providing humanities-focused, educational programs for the general public. In addition, we develop programs (currently virtual) that encourage and support civic discourse and engagement.

Athens is the only Georgia venue selected to participate in Greenville Chautauqua’s highly successful, History Comes Alive Festival and programs that bring history to life through interactive theater and engaging lectures, and where compelling discussion stimulates critical thinking.  Both the Athens and Greenville Chautauquas believe “history comes alive” when historical characters tell their stories in their own words.

The “Chautauqua Movement” started in the late 1870s to bring educational lectures and entertainment throughout small towns across the United States and Canada.

Like the Chautauqua Institution founded in 1874 near Jamestown, New York, the Athens Chautauqua Society is “dedicated to the exploration of the best in human values and the enrichment of life through a program that explores the important religious, social and political issues of our times.”

The opinions and comments expressed by our presenters are theirs alone, and do not necessarily reflect those of the Athens Chautauqua Society, a 501c3 nonprofit organization dedicated to empowering civic engagement through thoughtful discourse, historic reenactments, and community outreach. 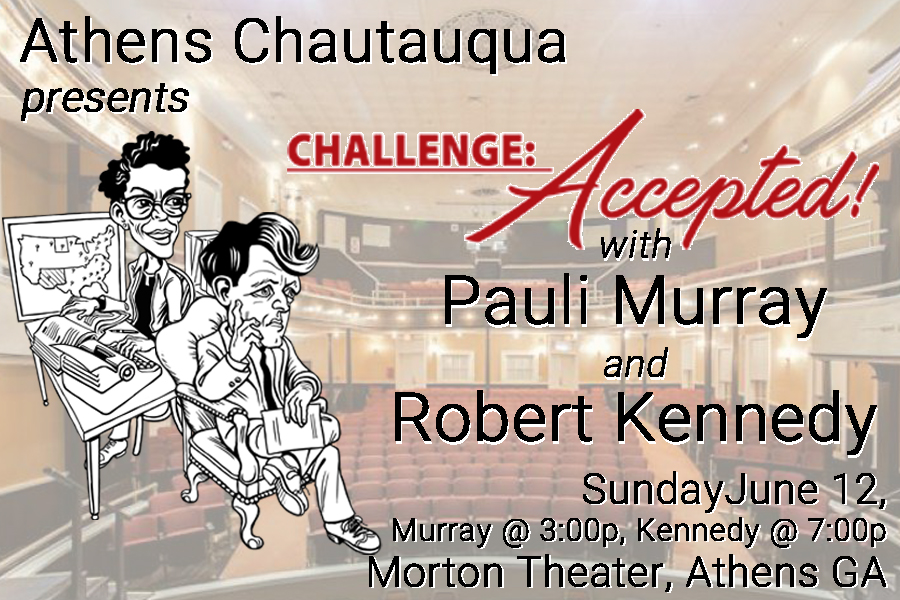