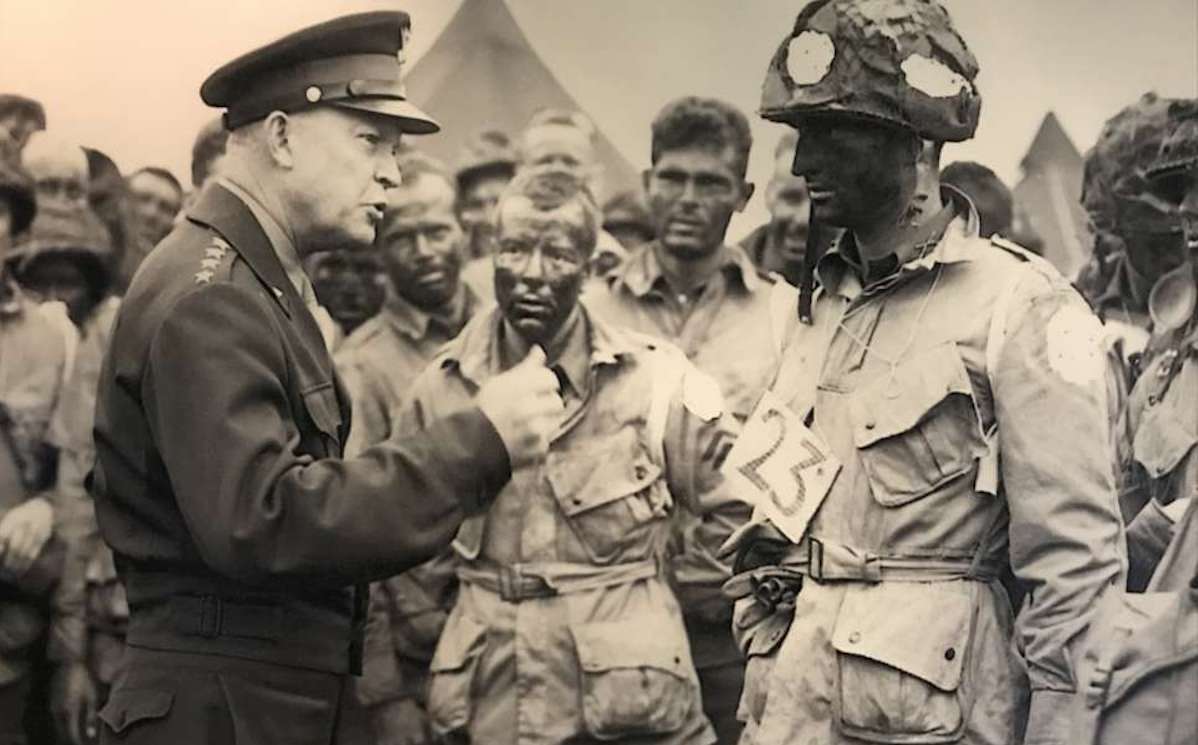 Before Eisenhower was a President, he was a General. And before World War II could end, he’d have bring together the land, air and sea forces of the coordinated efforts of 12 nations in what became known as the largest invasion force in human history. He’d have to maintain control of national egos, his own temper, supply chains and even the weather. Failure was not an option.

The D-Day operation of June 6, 1944 operation, given the code name “Overlord”, delivered five naval assault divisions to the beaches of Normandy, France. The beaches were given the code names “Utah,” “Omaha,” “Gold,” “Juno,” and “Sword.” The invasion force included 7,000 ships and landing craft manned by over 195,000 naval personnel from eight allied countries. Almost 133,000 troops from England, Canada and the United States landed on D-Day. Casualties from the three countries during the landing numbered 10,300.

By June 30th, over 850,000 men, 148,000 vehicles, and 570,000 tons of supplies had landed on the Normandy shores. Fighting by the brave soldiers, sailors and airmen of the allied forces western front, and Russian forces on the eastern front, led to the defeat of German Nazi forces. On May 7, 1945, Germany surrendered.

Since 1993 Doug has been nationally recognized for bringing “history to life.”  Doug has presented figures from Nikita Khrushchev to Theodore Roosevelt, to Ernie Pyle, and P. T. Barnum.  He has made over 800 first person presentations of over 30 historical figures, including Stonewall Jackson, Henry Ford, Pablo Picasso, and now Dwight D Eisenhower, Nikola Tesla, and Gene Roddenberry.

The voices in his head keep him busy, but also in the last four years he has been the founder & Managing Artistic Director of Restless Artists’ Theatre.  When not in the theatre or doing his characters, Mishler has taught American Cultural history for over 20 years.  Like his idol T. R., Doug believes there is still plenty of time to grow up and get a “real job”—but later!