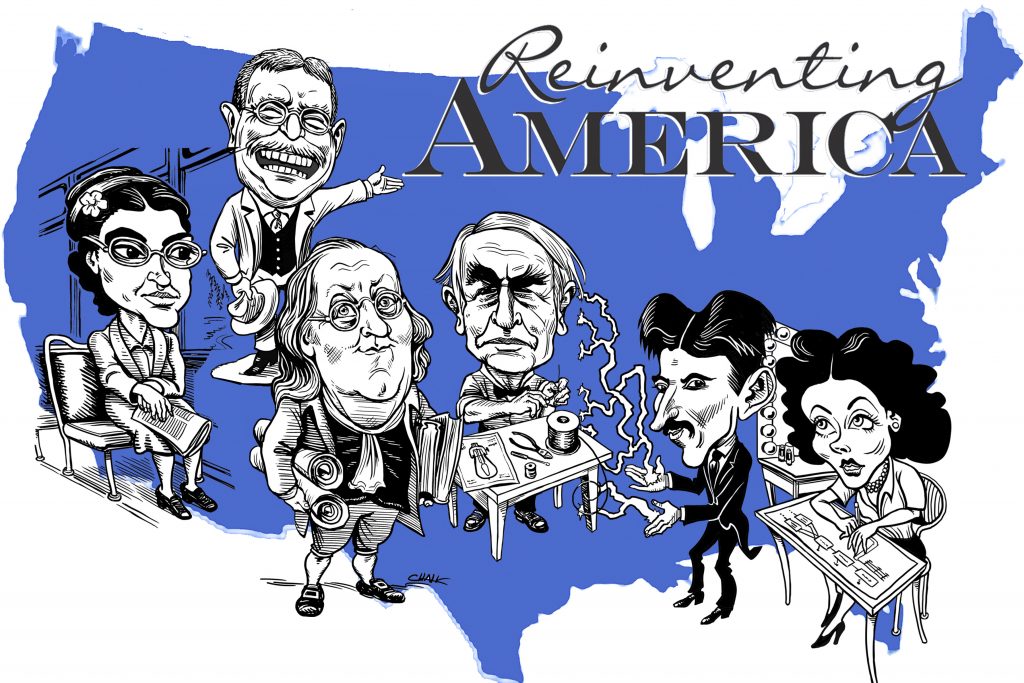 And to ignite the spark of reinventing America, this 2020 Chautauqua Season takes inspiration from Ben Franklin’s “science and reason,” Thomas Edison’s “perspiration,” Nikola Tesla’s “inspiration,” Hedy Lamarr’s “ceiling crashing,” and Rosa Parks’s “grit.” We start off with a Talk series about the June Festival characters.