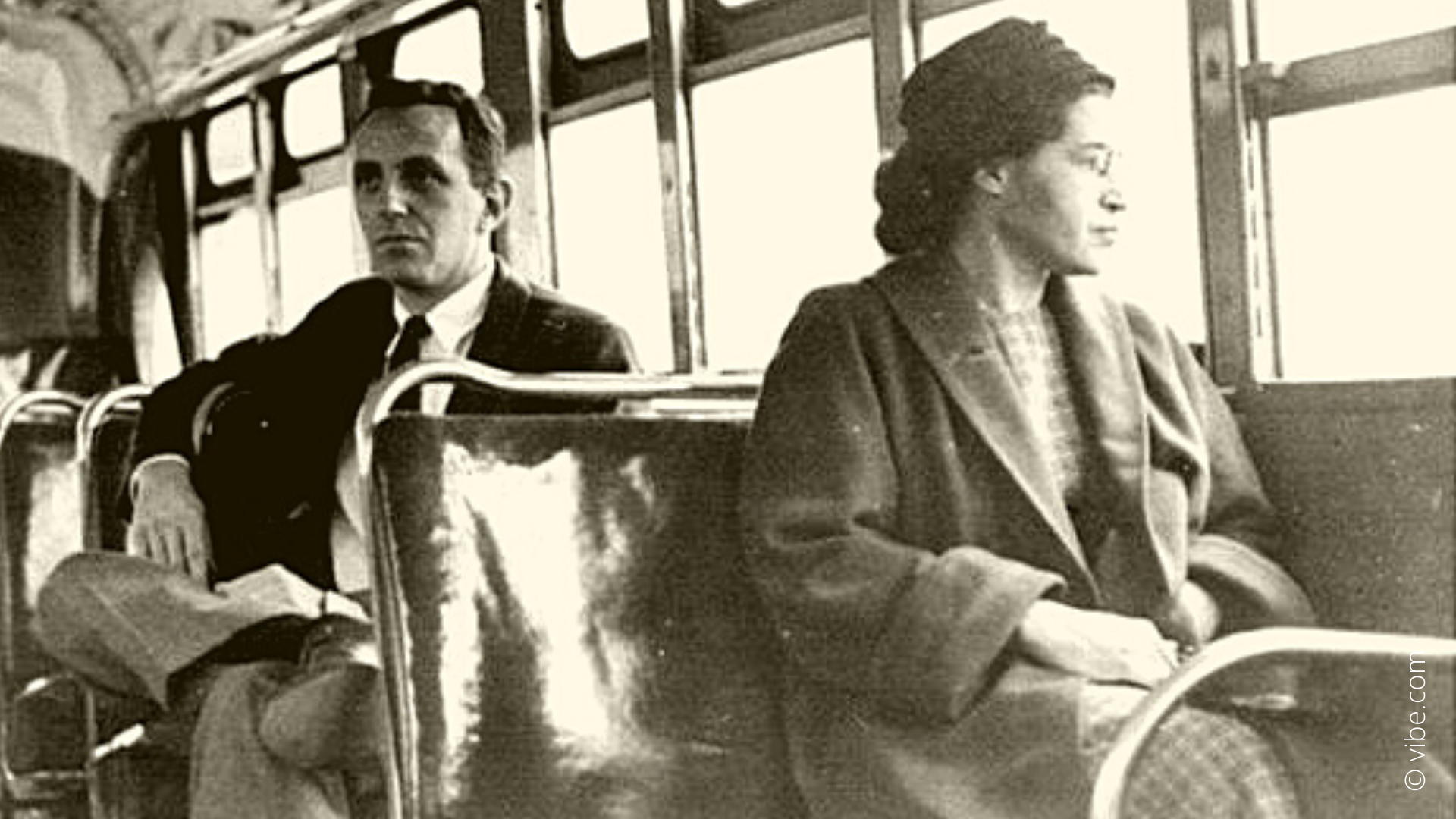 Rosa Parks@2155*: The Significance of Her Legacy

Riché Richardson is a scholar and artist who has drawn on the icon, Rosa Parks, in her writings and research. In this talk, she reflects on the life, activism and continuing significance  In Dr. Richardson’s presentation, she illustrates how Parks’s iconic image as the national mother of the freedom movement has challenged conventional definitions of American identity and ideals of womanhood. These insights amplify the message of the heroine as a universal one that remains relevant for youth growing up in the twenty-first century in a digital age. She analyzes the Children’s Wing exhibition added to the Rosa Parks Museum in 2006 and its dynamic futuristic engagement with Parks’s legacy. Dr. Richardson ends her talk with comments on the 2013 science fiction film Elsyium, set in the year 2155, 200 years after Rosa Parks refused to relinquish her seat on a Montgomery bus to a white man, to explain why the message of Rosa Parks remains so vital for building a better future.

Riché Richardson was born and raised in Montgomery, Alabama and is an associate professor of African American literature in the Africana Studies and Research Center at Cornell University. She is a 2017 Public Voices Fellow with the Op-Ed Project whose pieces have appeared in The New York Times, Public Books and Huff Post. Black Masculinity and the U.S. South:  From Uncle Tom to Gangsta was highlighted by Choice Books as being among the “Outstanding Academic Titles of 2008.” Her next book, Emancipation’s Daughters:  Re-Imagining Black Femininity and the National Body is forthcoming from Duke University Press. Dr. Richardson is editor of the New Southern Studies’ book series at the University of Georgia Press and is also a visual artist.