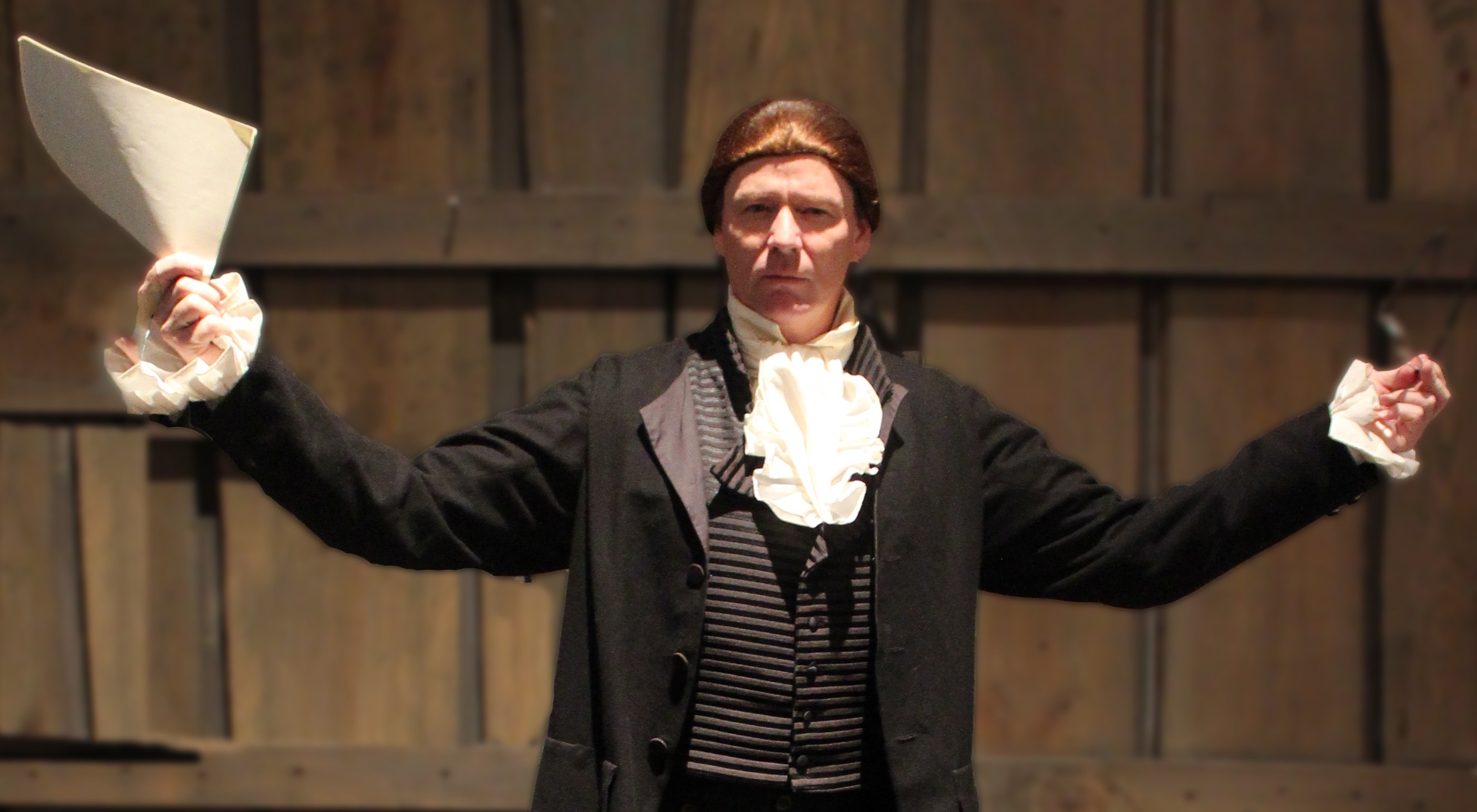 The name Patrick Henry leaps to the forefront of America’s Founders when “Revolutionary Fervor” and the “Rights of the People” are discussed – and yet Mr. Henry vehemently opposed ratification of the United States Constitution, the document theoretically finishing the work of the Revolution for the People, when it was sent to the states for ratification in 1788. Join us as Patrick Henry argues his case against the Constitution as written in the Ratification Convention of 1788. Hear what he and the Anti-Federalists suggest for Ratification – and join the debate yourself! 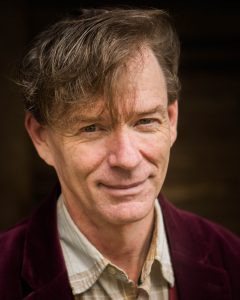 Of all the members of the Founding Generation none, perhaps, is more firmly embedded in the popular imagination as “Revolutionary” or as the exemplar of “rising to the occasion” as the great Virginia orator Patrick Henry. Whether it’s his words in the 1763 Parson’s Case that any king who annulled good laws was a “tyrant” who “forfeits the allegiance of his subjects”, his stinging rebuke to the King in 1765 speaking against the Stamp Act that “Caesar had his Brutus, Charles the First his Cromwell, and George the Third…may profit from their example”, or his ringing declaration of defiance to the British Crown in 1775 that “I know not what course others may take, but as for me, give me Liberty or give me Death”, Patrick Henry rises to the occasion with action and something quotable. There are two problems with this popular conception, however. The first is that none of these quotes can be verified as having been spoken by Henry exactly as they have come down to us; many appear in print for the first time in William Wirt’s 1817 Sketches of the Life and Character of Patrick Henry – a book that Wirt’s contemporary and Henry’s fellow Founder Thomas Jefferson shelved under “fiction”. The second is that while Henry certainly played an important part in the War for Independence, you get the impression that he didn’t do anything after the war was over – though arguably some of Henry’s most important actions occurred during the debates in 1788 on whether or not the States should ratify the newly drafted United States Constitution.

With Henry’s reputation being what it is you might think that his part in those Constitutional Debates was in championing that document, with its Bill of Rights guaranteeing the fundamental rights and liberties of the people and states; but his stance was the opposite, arguing against ratification of the Constitution! This seems surprising at first glance: Patrick Henry, the defender of liberty and champion of citizen’s rights arguing against the document we’ve come to know as our guarantee of freedoms under (or from!) our government. A closer look at the Constitution as originally submitted to the states for ratification immediately dispels that surprise – for it did not contain the first ten amendments we have come to call the Bill of Rights.

Now the Constitution as submitted to the states did many things: it ended the dangerous infighting among the states that was already threatening to pull the country apart, it created a stronger union better able to fight external threats, and it sought to create a balance of power in the federal government’s structure to protect the people from abuse of power by any one branch (some will certainly debate how that last measure has fared in greater or lesser degree over the years!). What it did not do – glaringly and to Patrick Henry’s thinking intentionally – was provide for the rights of the people, and this was the source of Henry’s opposition.

Henry declined to attend the Constitutional Convention of 1787, not wishing to take part in an undertaking that would increase federal power at the expense of the states and the people – he may or may not have said about the Convention that he “smelt a rat in Philadelphia, tending toward the monarchy!” Henry was an outspoken critic of the new Constitution, an Anti-Federalist, worrying that the untested office of the presidency could become a monarchy, that the power and importance of the states would wither away, and that the basic rights of the people would not be respected. He served as a representative to the Virginia Ratification Convention of 1788, where he argued against ratifying the Constitution on those grounds. It passed. His fiery oratory and opposition were, however, crucial in having the Bill of Rights amended to the Constitution, protecting individual rights.

Patrick Henry continued to “rise to the occasion” in unexpected ways after his Anti-Federalist stance helped secure the Bill of Rights by being gracious enough to admit when something he opposed worked – as with the Constitution. Once Henry saw the new government created by the Constitution deliver on its promise of securing the people’s rights, and saw the threat of civil war in the Virginia and Kentucky Resolutions (declaring the right of a state to nullify a federal law), he embraced the balance of stability and liberty provided under the Constitution and the Federalist system he had opposed. In 1799 when his old friend and fellow Revolutionary George Washington (who he had differed with over the Constitution) asked him to run for a seat in the Virginia House of Delegates as a Federalist, he did so and won – but died of stomach cancer three months before taking office. To the end, Patrick Henry rose to the occasion.

1765 elected to Virginia House of Burgesses – Resolutions against Stamp Act “Caesar had his Brutus, Charles the First his Cromwell; and George the Third… may he profit by their example. If this be treason, make the most of it.” Stamp Act repealed 1766

1775 Second Virginia Conventions St. John’s Church, Richmond “I know not what course others may take, but as for me, give me Liberty or give me Death”,

1788 Virginia ratifies Constitution by 89 to 79 vote, Henry’s opposition fuels movement for a Bill of Rights

1791 Henry retires from the House of Delegates. One month later Bill of Rights ratified

1799 when his old friend and fellow Revolutionary George Washington (who he had differed with over the Constitution) asked him to run for a seat in the Virginia House of Delegates as a Federalist, he does so and wins

“You have a Bill of Rights to defend you against the State Government, which is bereaved of all power; and yet you have none against Congress, though in full and exclusive possession of all power! You arm yourselves against the weak and defenseless, and expose yourselves naked to the armed and powerful.”

(Speaking in June 1788 on the irony of having a Bill of Rights in the Virginia State Constitution, but not one in the proposed United States Constitution)

“You are not to inquire how your trade may be increased, nor how you are to become a great and powerful people, but how your liberties can be secured; for liberty ought to be the direct end of your Government.”

(Speaking in June 1788 against ratification of the proposed Constitution)

“If they are wise, they will be great and happy. If they are of a contrary Character, they will be miserable. Righteousness alone can exalt them as a Nation. Reader! whoever thou art, remember this, and in thy Sphere, practice Virtue thyself, and encourage it in others.”

Son of Thunder: Patrick Henry and the American Republic by Henry Mayer (Grove Press, 2001). This is my personal favorite Henry biography, as it pays due attention to the importance of his dramatic oratory style and also gives due to his evolving stance regarding the Constitution and Federalism.

Patrick Henry by Moses Coit Tyler (Houghton, Mifflin & Co. 1898, reissued Nabu Press 2010). The first biographer of Henry to have access to his papers, Tyler’s preface is interesting in that he may well be the first Henry biographer to acknowledge that our record of Henry’s speeches are almost without exception second hand.

Founding Myths; Stories That Hide Our Patriotic Past by Ray Raphael (The New Press 2004). Excellent chapter deconstructing the elements and circumstances that make up the supposed text of Henry’s “If this be Treason…” and “Give me Liberty…” speeches.

The Summer of 1787  by David O. Stewart (Simon and Schuster 2007). A good overview of the contentious process of drafting the Constitution as well as the arguments Patrick Henry and others would marshal against its ratification.