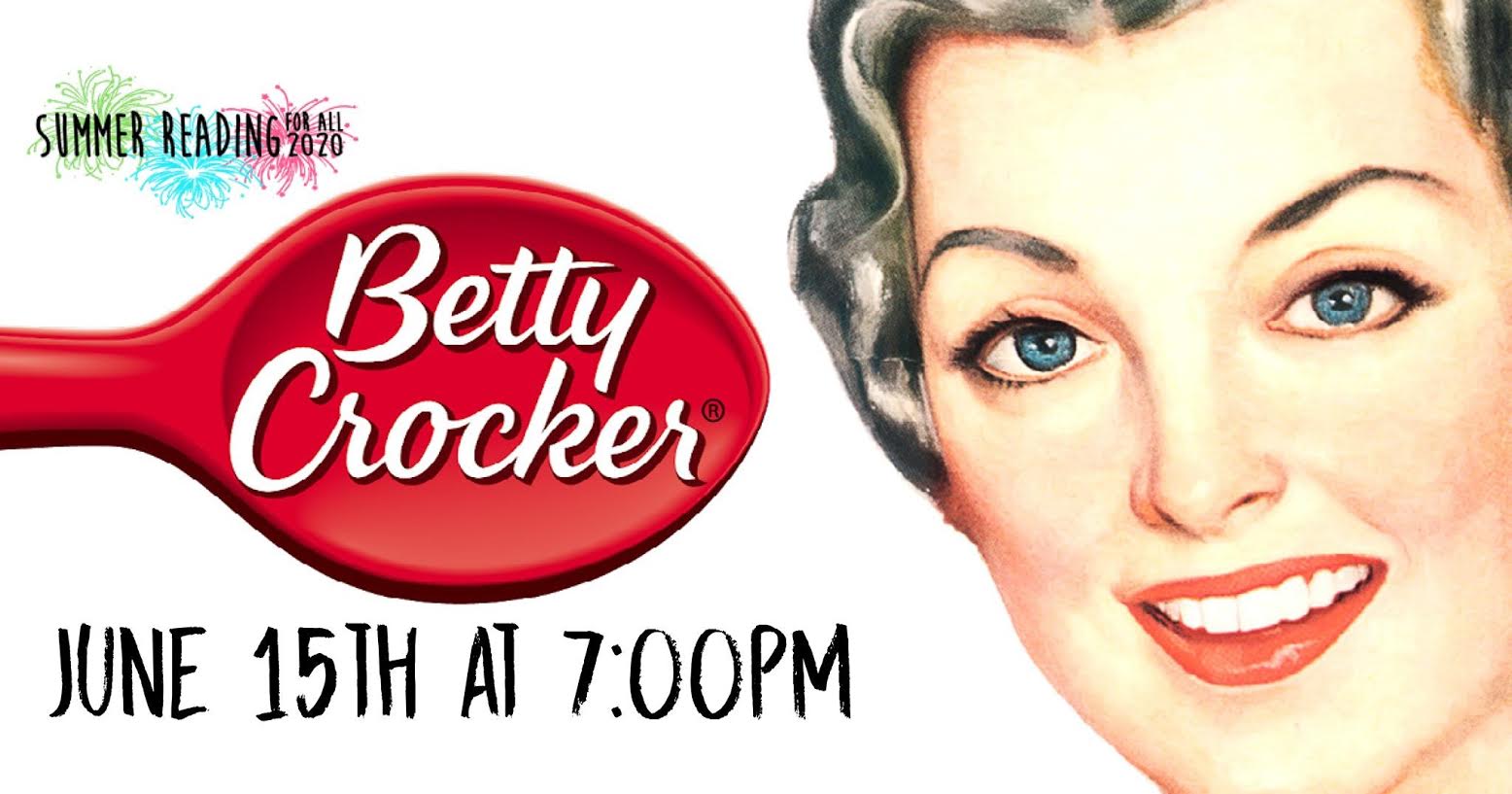 Betty Crocker and Her Cookbook That Changed How America Cooks, presented by Leslie Goddard

Long before Martha Stewart, there was Betty Crocker. In 1950, her brand-new Picture Cook Book hit shelves, with sales that rivaled that of another big book, The Bible. To date, it has sold more than 75 million copies.

Created in 1921 by a flour company, Betty Crocker became the most famous and most trusted advisor to American cooks. This fun illustrated lecture by historian Leslie Goddard, Ph.D., looks at how Betty Crocker was invented, why her cookbook has endured and what makes her so iconic. It’s perfect if you’re feeling like cooking up some nostalgia.

This FREE online event is hosted by the Spartanburg County Libraries.

Leslie Goddard, Ph.D., is an award-winning actress and scholar who has been presenting history lectures and portraying famous women in history for more than ten years. Each year, she presents more than 250 programs, appearing at public libraries, museums and historic homes, professional associations, colleges and universities, and corporations. Leslie has previously performed in Greenville/Spartanburg Chautauqua as Amelia Earhart, Mary Pickford and last year as Jackie Kennedy. A resident of the Chicago area, she holds both a master’s degree in theater and a doctorate in American studies and women’s history. A former museum director, she is the author of two books on Chicago history and currently works full-time as a public speaker, living-history presenter, and author. www.lesliegoddard.info

Betty Crocker is a brand and fictional character used in advertising campaigns for food and recipes. It was originally created by the Washburn-Crosby Company in 1921 following a contest in the Saturday Evening Post. In 1954, General Mills, an American Fortune 500 corporation, branded the red spoon logo, giving various food-related merchandise the Betty Seal of Approval. A portrait of Betty Crocker, first commissioned in 1936 and revised several times since, appears on printed advertisements and product packaging. On television and radio broadcasts, Betty Crocker was portrayed by several actresses, on radio by Marjorie Husted for twenty years, and on television by Adelaide Hawley Cumming between 1949 and 1964.

The character was developed in 1920 as a way to give a personalized response to consumer product questions. The name Betty was selected because it was viewed as a cheery, all-American name. It was paired with the last name Crocker, in honor of William Crocker, a Washburn Crosby Company director.

Described as an American, the image of Betty Crocker has endured several generations, adapting to changing social, political and economic currents. Apart from advertising campaigns in printed, broadcast and digital media, she received a number of cultural references in film, literature, music and comics.

Betty Crocker programs first appeared on radio on local stations in 1924. The first network Betty Crocker broadcast was on NBC in 1926. The show remained on network radio until 1953; most of the time the program was on NBC or CBS, but it was on ABC from 1947 to 1953.

A portrait of Betty Crocker was first commissioned in 1936, a “motherly image” that “blended the features of several Home Service Department members” that was painted by Neysa McMein. It subtly changed over the years, but always accommodated General Mills’ cultural perception of the American homemaker — knowledgeable and caring. The 1996 portrait of Betty Crocker, according to General Mills, was partially inspired by a “computerized composite” of “75 women of diverse backgrounds and ages.”[16] These portraits were always painted, with no real person ever having posed as a model.