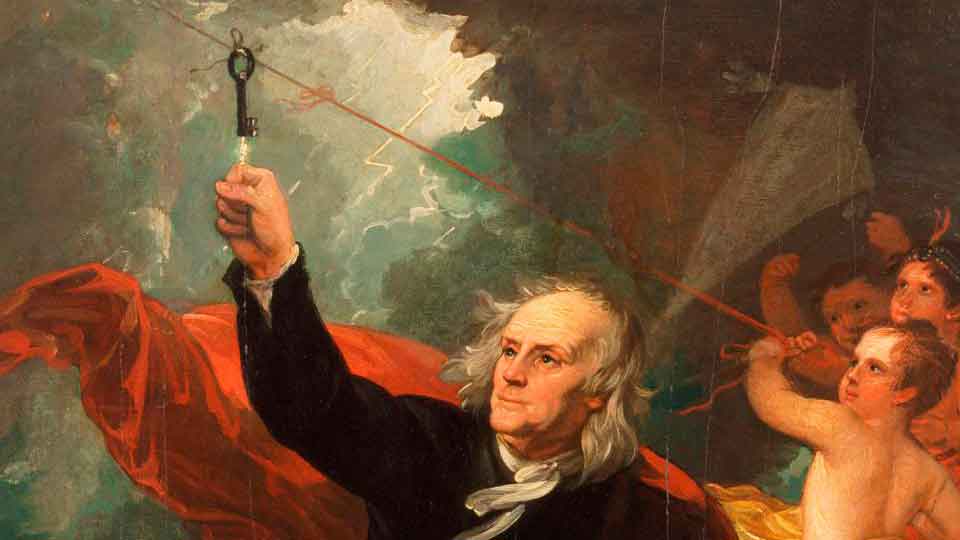 Restless Genius of Benjamin Franklin, presented by Richard Bell, Ph.D., professor of History at the University of Maryland

Born to a humble family of puritan candle-makers in Boston, Franklin’s rise to the front ranks of science, engineering, and invention was as unexpected as it was meteoric.

Like his hero Isaac Newton, Franklin’s great genius lay in optimizing, in tinkering, in improving, and in never being satisfied with the world as he knew it. In this talk we will examine many of Franklin’s ideas to make life simpler, cheaper, and easier for himself and everyone else. It turns out that those ideas encompassed not only natural science and engineering—the kite experiments and the bifocals—but also all sorts of public works, civic improvements, political trail-blazing, and fresh, new business ideas.

Hardly the tortured genius, Franklin took a schoolboy’s pleasure in everything he made. Experimenting was a constant source of beauty, pleasure, and amusement for him, even when things went wrong (which they did all the time). 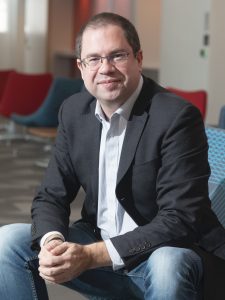 Richard Bell is a Professor of History at the University of Maryland and a fellow of the Royal Historical Society. He has won more than a dozen teaching awards, held major research fellowships at Yale, Cambridge, and the Library of Congress, and is the recipient of the National Endowment for the Humanities Public Scholar award.

He is the author of the new book Stolen: Five Free Boys Kidnapped into Slavery and their Astonishing Odyssey Home.

When Benjamin Franklin appeared before the British Parliament as a colonial representative in 1757, he dressed in the fine silks and powdered wig that were expected of the dignified Englishman that he was. Twenty-one years later, however, representing the new American republic desperately fighting a revolution for independence, he stepped among the silk clad, powdered, and bewigged French aristocracy in a plain, brown, homespun suit with no wig and wearing a rustic, beaver fur cap – his “Liberty Cap.”

Franklin created a new image, singularly American. He represented a new national identity, more enterprising, less refined. He presented the idea of a new nationality that demanded a new nation. His unique style immediately captured the imagination of the French populace, rich and poor, and was the first step in winning over their support.

Returning to the colonies in 1775, he helped draft The Declaration of Independence. As a member of the Second Continental Congress Franklin created America’s first independent government using his Albany Plan as the basis of the Articles of Confederation. He then sailed to France and cajoled the French aristocracy into supporting American independence. His arrival in Paris has been compared to the Beatles arrival in America. He was a superstar who then returned to America as its senior founder and went on to help draft the US Constitution, including his ideas for representation in the House and Senate.

In this final act of his storied career Franklin reshaped the structure of the American government. Franklin foresaw the success our nation has enjoyed for more than 200 years, a nation capable of infinite self-reinvention.